Which Laws do Lenders Need to Comply With? 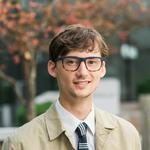 Updated 5 months ago by Jackson Stone

Just like how governments inspect food packaging plants and restaurants to keep consumers safe from food poisoning, they also regulate the lending industry to protect consumers from deceptive loan terms or unfair treatment.

Disclaimer: This article summarizes some major lending regulations, but it's by no means a comprehensive list. Lenders should work with their legal team to figure out exactly what laws they need to comply with.

What are Lending Regulations?

In the United States, lending regulations are written by a few different groups. At the federal level, Congress writes and passes bills. Then, the Federal Trade Commission (FTC) and Consumer Finance Protection Bureau (CFPB) write more specific regulations based around the acts that Congress passes.

Where does Compliance Fit?

Every lender should carefully research and follow the regulations governing them. Violating these laws will leave you liable to lawsuits, fines, and other penalties.

Once you've learned which laws apply to your lending operation, we recommend building automated workflows to help you comply. If a law requires you to disclose information to a borrower, don't just trust that your servicers will always remember to send it out on time. Instead, set up a Trigger-Based Notification that can get information to borrowers automatically. If laws say you shouldn't let just anyone see borrowers' personally identifying information, use Roles to limit access to only the agents who need it.