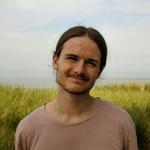 Updated 4 months ago by Nate Christensen

In this article, we explain webhooks in basic terms. This is the article for those who have no experience with webhooks or are totally new to the concept. If you're familiar with webhooks and would like to skip ahead to learning how to set them up yourself, take a look at our Notifications – Webhooks article.

What is a Webhook?

Webhooks are connections between two programs over the web. One program sends specific information and the other has a place where the information can be received. They are used to send real-time information in the event of a change made in one of the systems.

The process makes a bit more sense with the use of an analogy. Setting up a webhook is sort of like setting up your own personal FBI surveillance team that's constantly keeping an eye out for activity over the internet. You tell the team to look for a specific thing, and when they see it, they call you immediately to relay you the information. Then, when you receive the information, you decide what you'd like to do on your end.

However, if either the system sending a webhook or the system receiving it is down, the whole process doesn't work. Like any request sent over the web, a response is sent back to the sending program when the webhook notification is received. The possibility of failure to receive a webhook notification has prompted most webhook systems to employ a retry system that will keep sending the notification until a success response is received.

Why are Webhooks Useful?

What makes webhooks so useful is their ease to set up. We use the word "ease" relatively because setting webhooks up from scratch definitely requires a bit of programming knowledge. But in comparison to creating an entire API, webhooks are a much easier option.

Webhooks are also useful because they don't require you to constantly request heaps of information from an API. Instead, webhooks send a single request that asks for specific information, alleviating server overload and your own stress.

Here are some common terms used when discussing webhooks:

Remember our analogy from earlier? Let's break down how each of these terms fits into the analogy. As we said, our webhook is like an FBI surveillance team. The team is looking for some kind of activity in the form of an event or a trigger. When they see it, they immediately give you a call at your callback URL and include a payload of information describing what they saw. If they can't get a hold of you, they can retry the call at a different time. And if your phone continues to ring endlessly, they can decide to give up on the call and list it as a timeout.

This Feature is Not

Webhooks are not APIs. While webhooks are a useful (and easy) way to receive information, they are not as robust and versatile as entire APIs. APIs have the ability to add, update, or delete information, but webhooks can only send information to you. As such, they should not be used in replacement of a full API.

At this point, you should have a foundational understanding of what webhooks are. If you feel ready, you can start creating your own webhooks with our help. To learn more about our reports feature where you can see a history of your webhook requests, consider reading our Reports Overview article. Lastly, if you're an admin and you'd like to restrict which of your users have access to webhooks, you can learn how to do so with our Agent User and User Roles functionalities.